How to use Camera Tracking Pro for iOS

This is the interface of Camera Tracking Pro for iOS: 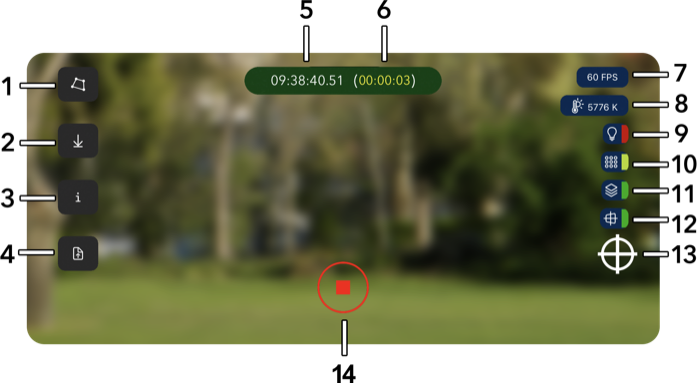 Camera Tracking Pro for iOS works well if the surfaces you are tracking are still and have no movement.

The app uses the latest cutting edge algorithms, machine learning techniques and 1000 frames per second readings from the iPhone’s accelerometer and gyroscope to track the device movement based on fixed references on the environment, like floors, rugs, walls, tables, scenery elements, outdoors, buildings, roads, etc.

Camera Tracking Pro for iOS likes things that are still and do not move and have textures or elements that don+t change. Televisions, tablets, smartphones, etc., with moving images are not good. A still image on the screen of those devices is good for tracking.

This is necessary because tracking a scene requires the app to grab textures that it will try to identify from frame to frame. If a textures changes, the tracking cannot recognize the next frame and loses the tracking.

An example of bad texture is a white wall lit by a strong sun light. This will be seen by the app as a white blob of light with no texture. Again, no texture to grab on.

Examples of good tracking are: a poster on a wall, an outdoor, a painting, rugs with defined patterns, a sheet of white paper on a wood desk, a book, tiles, etc. The idea is to find a good horizontal or vertical “rectangle” that are not moving and have a good non-changing texture and to avoid regions with excessive or insufficient light.

Before using the app verify that the items on the next list are satisfied:

If everything is according to the list, proceed to the next section.

You will probably see the following animation on your iPhone:

Every time you see this animation it means Camera Tracking Pro for iOS is trying to locate an element or lost the tracking. It may be a horizontal or a vertical plane.

This animation and the process behind it is called “coaching”. This helps you know what you have to do to make Camera Tracking Pro for iOS identify, locate and grab a surface for tracking.

Move your iPhone slowly from side to side until the app locates a surface. When it does you will see an arrow pointing to it, like in the picture below. 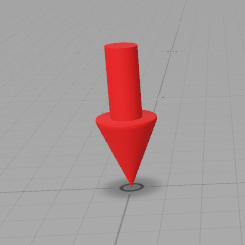 As soon as the arrow appears, you can now tap the Record Button (11) and start moving and rotating your iPhone. Tap the record button again to stop recording.

All trackings are saved internally and can be accessed by tapping the Export Button (3).

Exporting, Sharing and Deleting a file

Tap the Export Button (3) to see the files you have already saved.

Slide an entry to the left to see the options Rename, Share and Delete.

If you want to share or delete multiple files, all you need to do is to select multiple entries and tp on the proper button at the navigation bar.

To change the detection type, tap on the Detection Button (1).

The options are: Horizontal Planes, to start detecting things like tables, floor, rugs, tiles, roads and everything that lies horizontally, Vertical Planes, to start detecting things like walls, paintings hanging on walls, outdoors, building facades and everything that lies vertically and Target Image, to detect the image we have provided at the beginning of this document.

In the next video, we show an example of tracking we did and how it corresponds to real data.

In the next video, we show how to import the tracking files from Camera Tracking Pro for iOS into Autodesk Maya.

To work around this do one of the following:

When you import a Collada file into Houdini, you will see the following error message:

NOTE: SideFX confirmed that this is a Houdini problem, as their app is not prepared to receive modern versions of Collada file. They inform that they have no plans to update the Collada import module.

The only thing you have to change is this: 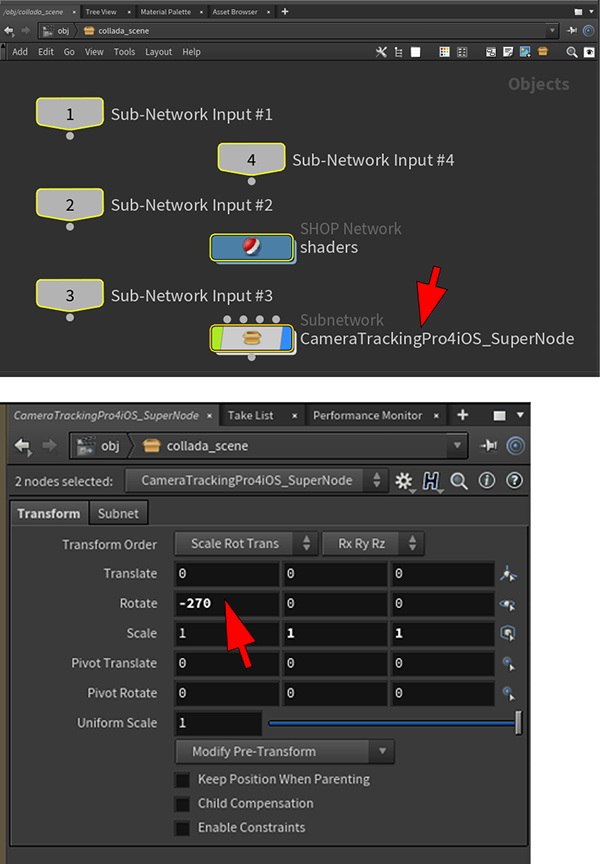